Submitted by Jon Monsen, Ph.D.
When gas or steam flows through a control valve, noise is generated. Noise generated by the flow of a gas is often referred to as "aerodynamic noise." Depending on the size of the valve, the flow rate and the differential pressure across the valve, the noise may be loud enough to be very irritating to people who have to work near it, and even loud enough to cause hearing damage to those who are nearby. We will briefly discuss what causes aerodynamic noise and some of the things that can be done to reduce aerodynamic noise generated by control valves. 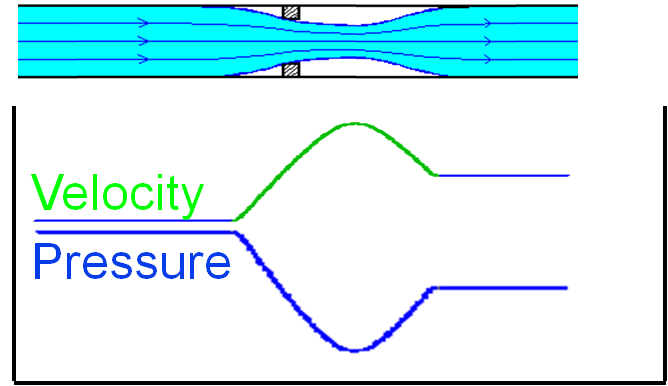 Figure 1. Velocity and pressure profile inside a control valve.
When gas flows past the restriction in a control valve, the velocity increases and reaches a maximum at the vena contracta. Because of the law of conservation of energy, when the velocity increases, the pressure must decrease. When the pressure decreases, the gas expands.
Any particular volume of gas, as it passes the vena contracta, will expand rapidly, and then as it goes past the vena contracta and the pressure increases it re-compresses. This rapid expansion and compression causes severe turbulence which generates noise. The sound intensity is strongly related to the peak velocity. At subsonic velocities, the sound intensity in a free jet is proportional to the jet velocity raised the eighth power. At supersonic velocities the generation of shock waves causes the relationship between velocity and sound intensity to be even greater. We will see later that one method of reducing aerodynamic noise is to minimize the velocity in the valve.

Figure 2. Generation of aerodynamic noise in a control valve.
Figure 2 summarizes the generation of aerodynamic noise in a control valve. The sudden expansion and compression at the vena contracta generates severe turbulence. If the pressure drop is high enough, supersonic flow downstream of the vena contracta generates shock waves, and these cause very severe turbulence. The turbulence generates sound waves which propagate down the pipe, with some of the sound coming through the pipe wall where we hear it.
Look for a follow up to this topic entitled, Valve Noise Reduction Strategies.
Jon Monsen, Ph.D., P.E. is a Control Valve Technology Specialist at Valin Corporation.
Other white papers that may be of interest:
Installed Gain as a Control Valve Sizing Criterion
Pressure at the Vena Contracta with Liquid Flow in a Control Valve
Valve Aerodynamic Noise Reduction Strategies
Determining the Pressure Drop to be Used in a Control Valve Sizing Calculation
Size Matters: Control Valve Sizing 101